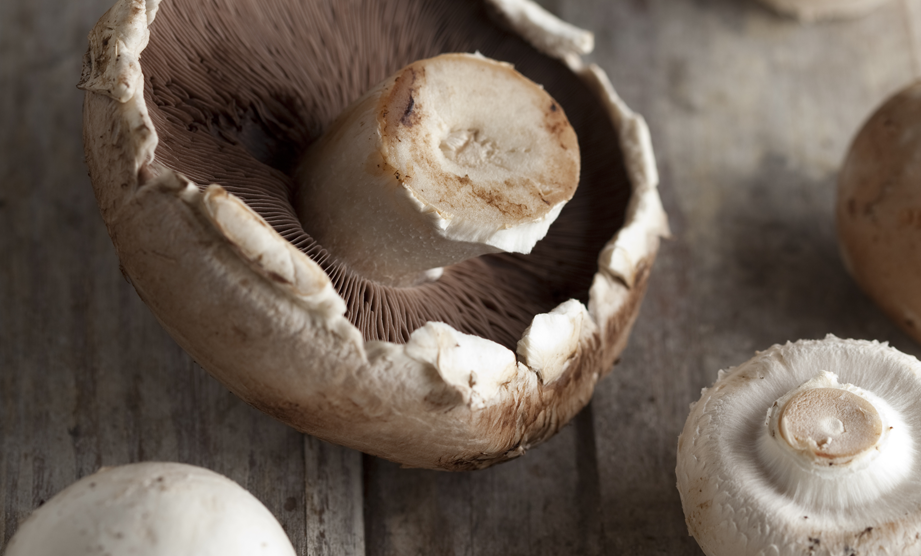 “Nature alone is antique and the oldest art is a mushroom.” – Thomas Carlyle

Southerners love to stuff things – pork chops, shrimp, bell peppers, and, of course, mushrooms! One of nature’s most versatile foods, it’s right up there with tomatoes and broccoli in popularity. Mushrooms are divided into two categories: cultivated and wild. Unlike vegetables, they grow from spores instead of seeds. A single mature mushroom will drop about 15 billion spores over time. If weather conditions are very wet, they grow extremely fast, sprouting out of the ground overnight. Unless you’re a mycologist, foraging for mushrooms on your own should be avoided since many wild mushrooms can be toxic. Better to leave the picking to the experts. Supermarket varieties of wild mushrooms are farmed, so they are perfectly safe to eat.

Mushrooms have always been naturally ‘green.’ In the forest, their waste materials are naturally reused and recycled.

Mushrooms are naturally cholesterol-free and low in calories, fat, and sodium. They provide nutrients, including potassium and vitamin D.

History:
France was the first country to cultivate mushrooms for commercial use in the late 19th century. Some believe Louis XIV was the first grower of mushrooms. During this time, mushrooms were grown in special caves near Paris. In Rome, Greece, and Egypt, commoners were forbidden from eating mushrooms, as they were reserved only for nobility. Ancient Egyptians considered mushrooms the plant of immortality!

In England, due to its suitable weather conditions, gardeners found mushrooms an extremely easy crop to grow, requiring little labor and space. In the late 19th century, mushroom production made its way to the United States. Since growers could only depend on imported spawn (growing material) from England, the length of travel time resulted in spawn arriving in poor quality. In 1903, after much experimentation, USDA scientists finally perfected the quality of spawn, freeing the industry from dependence on less reliable imports.

Selecting:
All mushrooms should be firm with a rich, earthy smell. Although you can buy mushrooms prepackaged and even pre-sliced, we suggest buying mushrooms in bulk if possible. This way, you’ll know exactly what you’re getting. Look for mushrooms that are firm and evenly colored. The caps should be dry to the touch but not dried out. Avoid mushrooms that are slimy, wrinkled, or spongy, as these are signs of spoilage. The gills on the undersides of the cap should be closed rather than open. If possible, use mushrooms two to three days after purchasing them.

Storing/Freezing:
Bulk mushrooms can be stored in a paper bag in the refrigerator. However, if left too long, they can dry out. Better to keep them in an unzipped food storage bag. If you do buy prepackaged mushrooms, store them in the same package, as these containers are designed to allow mushrooms to breathe.  To store an opened package, wrap the entire container in plastic wrap. Fresh mushrooms do not freeze well. If you have more mushrooms than you’re able to use, it’s better to cook them first, then you can freeze them.

Yield:
One pound of whole mushrooms is about 6 cups sliced

One pound of chopped, cooked mushrooms is about 2 cups

Most Common Varieties:
Since the list is too long to mention, we’ve chosen the most common varieties and those you are more likely to use.

White Button Mushrooms
These everyday mushrooms are also known as domestic small, or ‘stuffers’ when large. Stuffers are usually sold in bulk, while smaller whites are more readily found in 8-ounce or 10-ounce packages.

Portobello
Portobello is a large domesticated brown mushroom with a smooth brown cap and thick stem. Their large, round caps are perfect for stuffing and grilling. Portobellos are known as the vegetarians’ ‘beef steak,” since no other vegetable comes closer to the taste of meat.

Shiitake
These full-bodied, meaty mushrooms originated in Asia, but are now widely cultivated throughout the U.S. They have tough stems that are not edible and should be discarded before using.

Oyster or Tree Mushrooms
Grey, yellow, or even blue, these fan-shaped clusters are joined at the base. Their flavor is robust when eaten raw, yet become milder in flavor after cooking. Remove their knotty stems before cooking.

Enoki
These mild, Asian mushrooms come in clumps of spaghetti-like strands with tiny white caps. They are available fresh, in packages, and canned. Eaten raw, they are an excellent addition to salads or as a garnish for soups and side dishes.