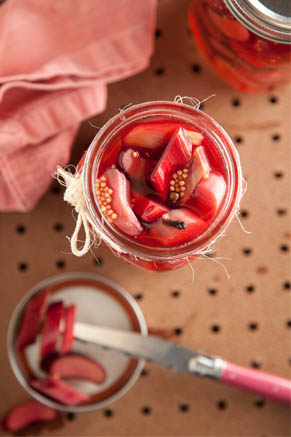 Place sliced rhubarb in a colander and sprinkle with salt. Set aside while preparing brine.

In a large sauce pan over medium low heat, stir together the sugar, vinegar, orange zest and juice, lemon zest and juice, ginger slices, mustard seeds, cloves and cinnamon stick. Cook, while stirring, just until sugar dissolves. Reduce heat and simmer for 15 minutes. Remove from heat and Remove from heat and allow mixture to cool completely. Remove cinnamon stick. Pack rhubarb pieces into two sterilized quart canning jars and pour cooled brine over. Refrigerate for two days prior to eating. Rhubarb Refrigerator Pickles will keep refrigerated for up to 6 weeks. 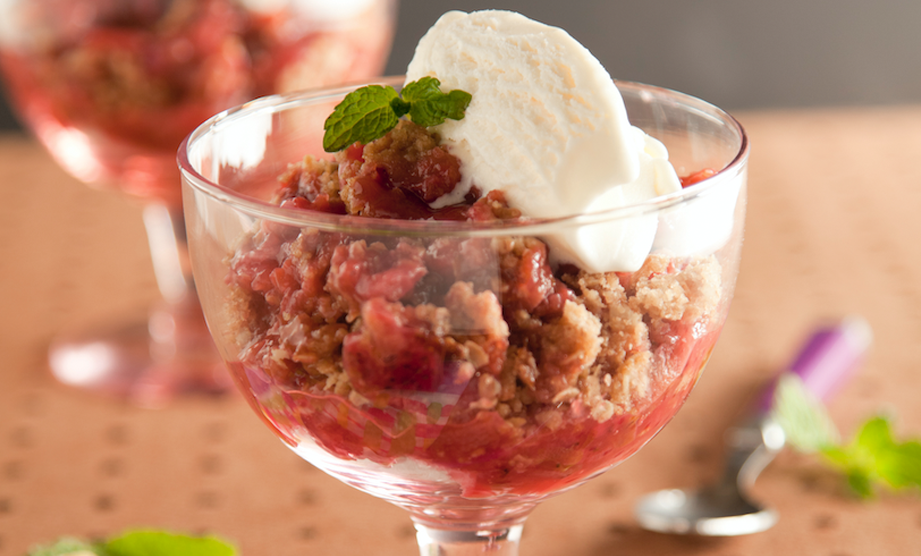